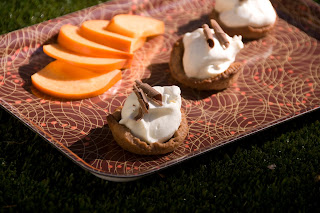 I have to admit that I just couldnt face trying to get the cannoli moulds, or trying to deep fry in a vat of oil, so I tried making these in muffin pans in the oven. They came out a little on the rock hard side, but it was a fun thanksgiving snack. The dough was quite difficult to work with, it didnt really like to be rolled out thin, and it tore easily, but I managed to roll it out into little shells. 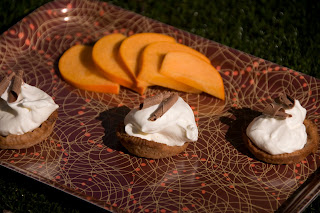 To read more about the recipe and the daring bakers, please visit the daring kitchen!

The November 2009 Daring Bakers Challenge was chosen and hosted by Lisa Michele of Parsley, Sage, Desserts and Line Drives. She chose the Italian Pastry, Cannolo (Cannoli is plural), using the cookbooks Lidia’s Italian-American Kitchen by Lidia Matticchio Bastianich and The Sopranos Family Cookbook by Allen Rucker; recipes by Michelle Scicolone, as ingredient/direction guides. She added her own modifications/changes, so the recipe is not 100% verbatim from either book.
Posted by Jennywenny at 6:31 AM 3 comments: 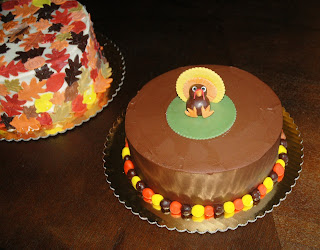 Here is a quick snap of the thanksgiving cakes I did for a friend!
Hope everyone has a wonderful thanksgiving with the people they love.
As usual, mine will be small but fun, we'll crack open a bottle of wine at midday, I have a mushroom and seitan pie, there is duck, roasted veggies, mashed potatoes, creamed leeks, stuffing, and apple pie! I might even have time for the daring bakers challenge as a little bonus!
Dont forget to donate to the food4kids, or bring your donations to the little italy mercado on the 12th!
Posted by Jennywenny at 7:05 AM 3 comments:

Email ThisBlogThis!Share to TwitterShare to FacebookShare to Pinterest
Labels: Thanksgiving 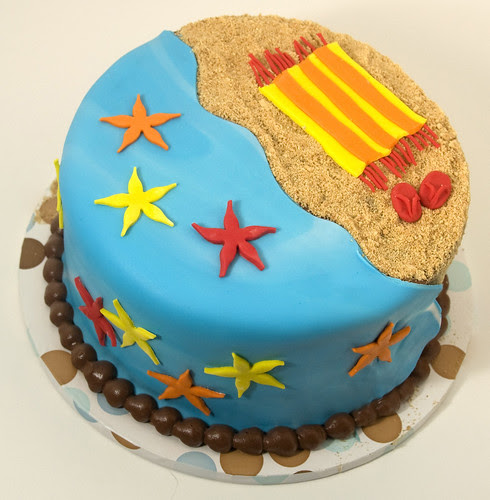 Just a quick one to say that I'm very happy to be participating in the San Diego Food Bloggers Food 4 Kids Holiday Fundraiser. It breaks my heart that so many people are really struggling in this recession. I always hope that I can help somehow and thanks to Alice Q and Caren, I can. I'll be donating a prize for the raffle to raise money for this great cause.

There are many ways you can help
1. Donate online and participate in the raffle at first giving and make sure to give your email, so that you are eligible for a prize!
2. Collect donations for the backpacks, and drop them off with the stand at the Little Italy Mercado on Saturday, 12th December between 9-12. Donations can include:
A medium-sized neutral design backpack, preferably red in color.
Toothbrush and kids toothpaste
Coloring books
School supplies (pencils, paper, pencil sharpeners, markers, crayons)
Nutritious kid-friendly foods, such as fruit roll ups, granola bars, boxed packaged food items like cereal, crackers, nutrition bars, pop top canned goods such as applesauce or other fruit, ready made macaroni and cheese and other easy convenient items.
3. Donate a prize for the raffle

I will be donating a cake/cupcakes for the raffle, so if you do donate you could be eligible to win one of my 9" cakes, a dozen cupcakes, or if you're out of town then I'll make up a gourmet gift basket with cookies, caramels and other goodies that I can ship! 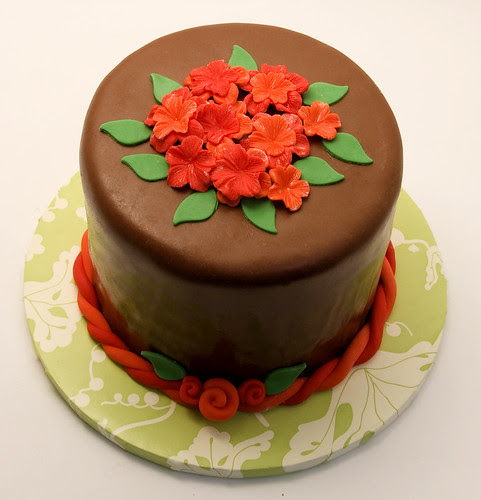 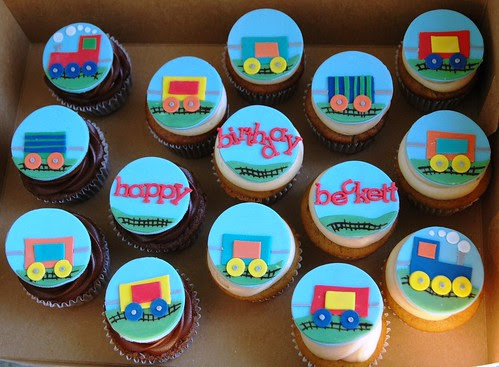 Here are some recent cakes for ideas of what you could win!!
Posted by Jennywenny at 6:37 AM 3 comments:

Email ThisBlogThis!Share to TwitterShare to FacebookShare to Pinterest
Labels: Raffle 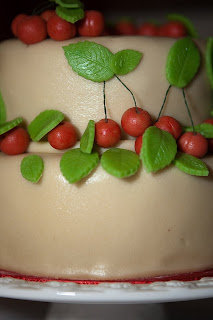 Part of the fun of attending the wedding was that I got to make the cakes! So fun, especially since I didnt feel too much pressure. Sean and Phil just love good food, so I knew that as long as I nailed some awesome recipes then it could look like a dogs breakfast and they'd still be happy. 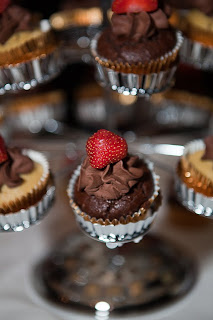 It was a bit ambitious to attempt an enormous cake, so I decided on making a few different cakes, which also offered variety and wasnt too demanding on me, in a different country, with different ingredients, and my poor, long suffering mum's kitchen.I got all that I could done at mum's, then jumped in the car and brought everything to the house.


I was so relieved to find a Costco in Birmingham, they sold lovely free range eggs, delicious anchor butter, demerera sugar and very pretty cake stands, which were cheaper than the crappy cardboard ones I'd seen in fancy cooking shops! It was interesting that there was a much larger interest in cake decorating in the UK, I found some lovely tools and bits and pieces just in the supermarket, and also in the wonderful Lakeland store. 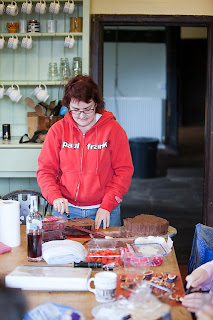 The next day, I set to work finishing off the cakes to show. I managed a two tier almond cake 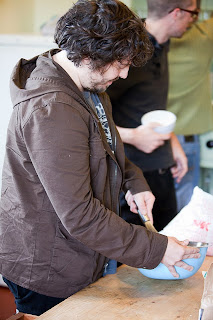 with cherry buttercream and a marzipan covering, covering with hand made cherries and leaves. I also made several batches of Molly's 'hearts and minds' chocolate cake(notice the dresser behind me, identical to the one on the book!). They were decidedly on the rustic side, even after putting whipped chocolate ganache on, so I dressed them up with fresh fruit. I also made some vegan, gluten free 'freedom' cupcakes which were topped with a soy chocolate ganache. Vegan cupcakes take over the world to the rescue!!

I was also lucky enough to have lots of helpers, people to chop up the fruit, kiddies to help make the cherries and leaf decorations for the cake. 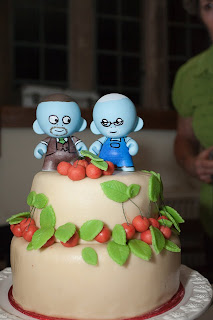 Another really fun aspect of the cake was the topper. I found these little munny dolls and thought it would be excellent fun to decorate them in Seany and Phil's likenesses. Seany has a penchant for tweed, and phil recently volunteered on a steam train, so my friends decorated them to show that. They were ridiculously cute! We had them so that one way there were all cute and lovey, then the other way they were looking away and 'in a mood'! Super fun memento of the day too!! 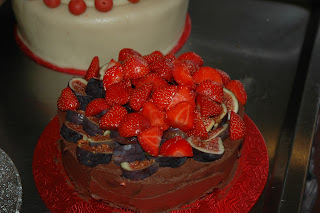 Thanks so much to andrew miller for the great photos!
Posted by Jennywenny at 9:09 AM 2 comments: 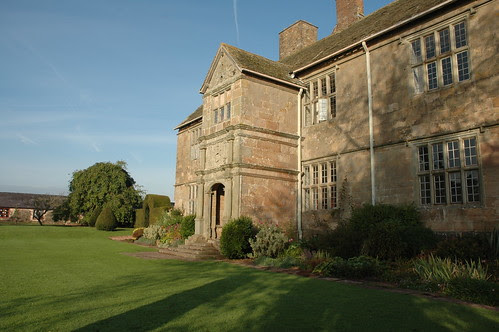 I had the enormous honor of being invited to my dear friends, Sean and Phil's wedding recently. It was a truly magical event, in the rolling welsh hills, at a manor house, Treowen. Since I was coming from so far away, I was also lucky enough to be able to snag one of the guest rooms in the house.

I arrived the day before the wedding, driving up the enormous drive to the house, I knew we'd be in for a treat of a weekend. This is the kind of place that americans dream of when they visit the uk. I found myself just speechless with the beauty of it all.
After running up and down the stairs (featured in Dr Who!) we all went for a curry, I guess an equivalent of the rehearsal dinner. One of the highlights of the evening was a reunion of old friends in the Somerfield aisles as we chose our alcoholic beverages for the evening!!! 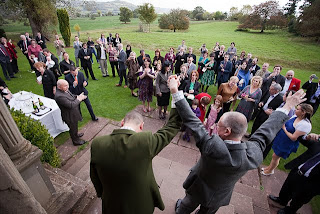 The next day people were milling around, fussing, rehearsing, but we all got dolled up and ready for a 3pm ceremony. It was truly magical to see my two dear friends tie the knot. It was a really beautiful ceremony, and it was really wonderful to see a room full of people overflowing with love and support of the union of my two dear friends. It was particularly poignant since I met my husband at the same time as Sean and Phil got together, so this 10 year anniversary marked a change in both of our lives, bringing me back to the time when Sean and I shared a rather 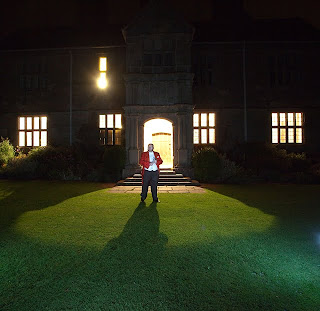 strange(but cheap!) flat in East London.
The food was just outstanding, Sean and Phil love good hearty food, so we had delicious canapes on the lawn with our champagne, then later were treated to a scrummy pumpkin soup, bangers and mash, then the most amazing sticky toffee which was sitting in a lovely caramelly sauce. I had to restrain myself not to lick the plate! We were later treated to bacon butties and chips, and cake (which I'll discuss in another post!!). The caterers, Charlotte Roskill and her crew were amazing, and very friendly, it really boggled my mind how they work such long hours and are still so sprightly! They worked all day feeding us, then returned the next day to make us a full english brekkie!!

Its hard for me to understand why this isnt legal in so many parts of the United States, and the world. It breaks my heart that two people who love and care for each other arent allowed to show that commitment to the world. I hope people can see this post and all the love and positivity of this wonderful occasion and maybe think it through a little more carefully.

Most of the photos on this post were by andrew miller. He did a fantastic job, and had a great sense of humour, which is really important when you're a wedding photographer! I was particularly taken with his portrait photography.
Posted by Jennywenny at 11:22 AM 2 comments:

Email ThisBlogThis!Share to TwitterShare to FacebookShare to Pinterest
Labels: Wedding 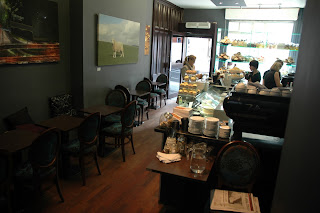 One of the really fun things I got to do while in London was to check out Beas of Bloomsbury
I took my dear friend John there for lunch, and we snagged a great table at the back where I could watch all that was going on in the pastry kitchen as we munched on our lunch.

We chose to share a sandwich and a couple of salads, which were both totally delicious. I think it was a cheese and roasted veggie sandwich, and a pasta salad with a really tasty broccoli salad.

We saved room for some cake, which we had to 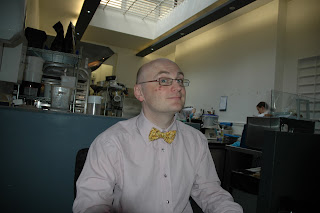 sample! I chose an amaretto cheesecake and a chocolate cupcake with praline buttercream. The buttercream was to die for, and I really loved the oaty crust on the cheesecake.

I then ended up saying hello to the chef, Bea, and I'm so glad I did as they were nice enough to offer me an afternoon of work experience. So I dashed off to the Burkenstock store and snapped up some chef shoes and showed up the next afternoon.
Despite her formidable reputation, she was an a 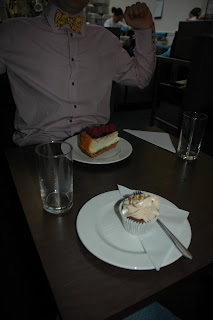 mazing teacher, and incredibly patient with me. My first test was to quickly weigh out eggwhites and sugar for meringues. I didnt take too long to do that, so it was on to the next task, whipping up some gluten free orange cakes. These were a snap to make, and totally delicious, I was lucky enough to taste one. It was a simple mixture, which didnt even need any frosting, totally delicious and moist.

I then set to work piping meringues, which I found really tricky, but after being corrected several times, I managed to get it right, and set about piping tray after tray of meringue, which eventually winged their way to selfridges (oooh!!).

Even though it was just an afternoon, I had a fantastic time, Bea had created a really great atmosphere with the people working there, I met two people, Naomi and James, who were both really nice, and it felt like fun to work, which is important as its often a very long day in this kind of business.

I would love to think that this could be my job one day, although its so much better paid being a chemist than a cook/pastry cook/cake artist! Its lovely to visit a bakery like Beas, where quality ingredients are of the greatest importance and attention to detail is impeccable.

Be sure to check the bakery out if you're in London, and also try a lesson with Bea, she's a great teacher!
Posted by Jennywenny at 5:41 PM 4 comments: