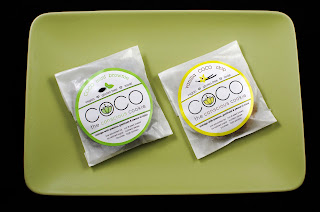 One of the best things about sharing a kitchen is the wonderful people I meet, with such different products and interests.

I have had the great pleasure of sharing the kitchen with these lovely ladies who are working extremely hard on their cookies to produce a healthy, gluten free, vegan, organic and fair trade product.

Coco cookies are made without refined sugar too, so they are great for an afternoon snack that picks you up rather than give you a horrible sugar low. 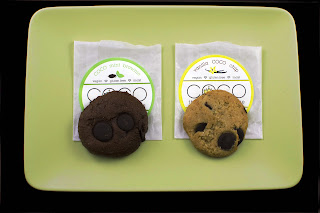 They are definitely the kind of afternoon snack that I'm looking for, if you're expecting a sugary sweet, buttery cookie, you might be a little disappointed.

They got their FDA approval for wholesale and online orders, so expect coco cookies to be in the stores soon!  Meanwhile they are available online.

Disclosure: I got these cookies free from the coco girls, but I wasn't paid for my endorsement! 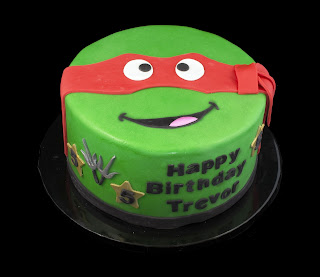 This weekend, I had the honor of making a very special cake for a very special little boy.
I learned about Icing Smiles when they first started, and one of the things I was really excited about when I finally got to a commercial setting was making cakes for their charity.

So when I got the call to action email for little trevor, I was so excited!  I was a little un-nerved as I wasnt sure that my cake would match up to the amazing works of art that some of the other cake artists have created, but I was very happy to take up the challenge.

It was a teenage mutant ninja turtle theme, and his favorite was Raphael.  I did my best to recreate his face on the cake, then decorated the cake with the weapons of the turtles. 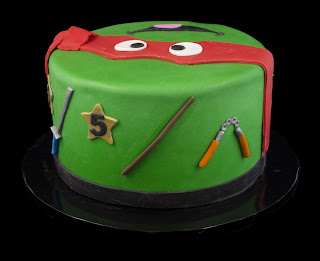 I was very sad to hear that poor Trevor was admitted to childrens hospital the day before the party, so it had to be postponed.  Since I'd already made the cake, I offered to deliver it to the hospital so he could have a little party there with his family.

It was so nice to meet him, he was such a cute kiddy, it was also sad to think of all he'd already been through in his few years with 3 open heart surgeries.

I hope that the family will get in touch once he's on the mend and we'll reschedule with an even more fun and elaborate cake for him!

If anyone would like to help Icing Smiles with a donation, or get on the directory for bakers, I'm sure they'd love to hear from you.  I know there are plenty of charities out there, but it is so nice to bring a kid such happiness when they have had so much to deal with.﻿
Posted by Jennywenny at 6:29 PM 1 comment: