I'm trying to be better about blogging this year, I'm going to aim to post a lot more cakes on here, since that is something I'm doing lots of. Since most of our dinners consist of some sort of roasted veggies and protein, and the occasional pizza, thats not really much to write home about! 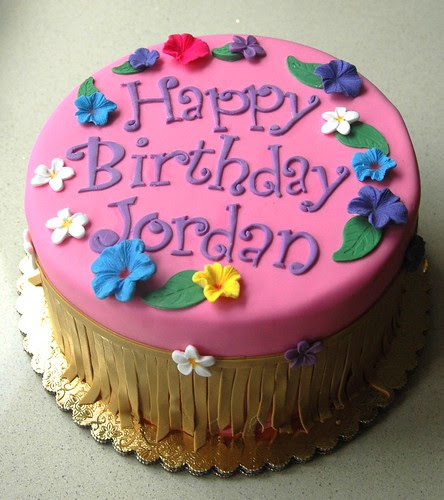 Here's a recent favourite, the theme of the party was Hawaii and hula skirts, so I thought it would be fun to give the cake a little hula skirt. I find the doll cakes with a barbie torso jammed into a round cake deeply disturbing, so I was more going for the theme rather than an actual hula skirt.
I accompanied the cute cake with some cupcakes topped with little hula skirts and flowers to complete the theme. 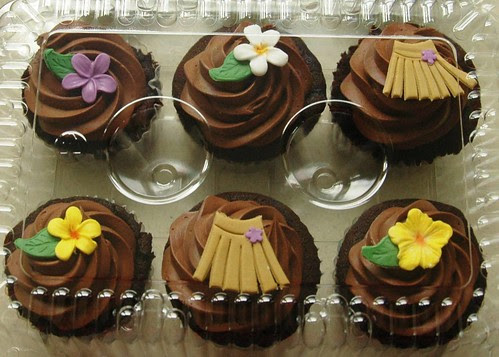 This is a case where the flower molds come in very handy, I have a delightful little frangipane mould, which I picked up in australia, and another flower which approximates to a hibiscus.
For the writing I used the tappit funky letters, they are super cute and much easier to use than the teeny tappits.
Posted by Jennywenny at 8:02 AM 6 comments: